36 Dreadlocks and 36 NFTs: Minting Physical Hair on the Blockchain for the First Time 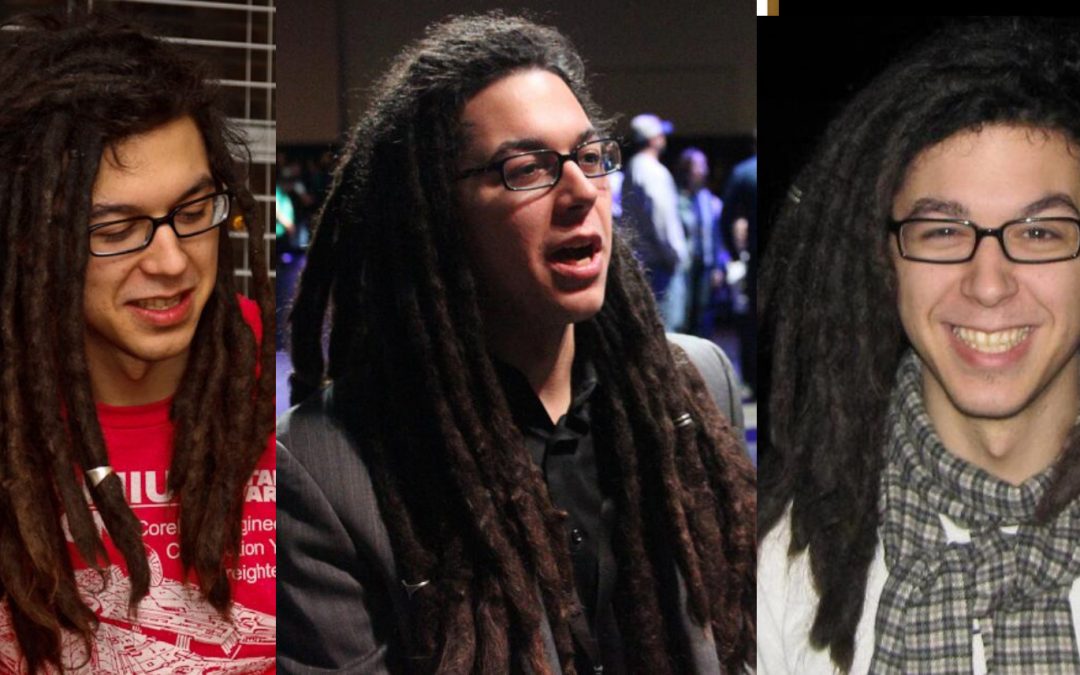 To my newer followers, it might come as a surprise to see these photos of young Zyori with a thick set of dreadlocks. Its quite the stark contrast to modern day, dress-wearing Zyori with a bouncy set of curls.

However, for a big chunk of my broadcasting career in esports, those boisterous dreads were a signature part of my look. When I first started in 2010, I was very timid about my place within esports. I lacked confidence and often felt like a complete nobody. Despite that, people would frequently come up to me at events and say something like, “Hey man- I’m pretty sure I’ve seen you on Twitch before! I can’t remember where, but I’ve definitely seen that hair!”

In the back of my mind, I was always concerned about my look coming off as a gimmick, but over time I realized how important it is to be memorable. And I really liked the hairstyle. Few people know this, but I actually attempted dreads once before this batch, when I was in high school… the results were disastrous and unbecoming.

But I learned a lot and felt motivated to start again; that timing just happened to coincide with when I was first introduced to esports during university. Of course, the dreads were cut just five years later at the end of 2014. I wrote about in my book in a chapter called The Big Haircut, but the gist of the story is that I wanted to change my look to be more vanilla and, hence, more appealing for talent bookings. I thought my look was holding me back from pushing my career to the next level.

After they were cut, I struggled to part ways with them. It felt callous and cold to just throw them away, after being attached to me for a half-decade. They were a part of me, and my history.

So I’ve carried them with me, move after move… waiting for some use-case to illuminate itself…

I’ve been thinking about different ways to do an NFT collection for a while now, but nothing has really come into focus. I’ve also been fascinated with the idea of social tokens and how they could relate to content creators, but the implementation so far hasn’t felt particularly novel.

As one of my colleagues often likes to say, “minting something on the blockchain is like minting a piece of your digital soul; think about what that represents and what it says about you because it’s there forever.”

I think this is great and humbling advice.

It somehow triggered me to think about what I could mint that is both is personal and potentially appealing to collectors.

And then it clicked. I dug through my stack of boxes in storage and found the old, sealed bag with my dreads. The mockery endured from friends and colleagues over the years might finally be worth it.

Finally the time has come to put them to good use.

Each individual dread, of which there are only 36, has been minted as an NFT on the Ethereum blockchain with unique 3D artwork and collectible properties through OpenSea.

This highly limited collection is the product of Focc x‘s incredible 3D motion graphics work. He went through the painstaking process of creating unique representations of each dread, based on detailed specifications and photos that I sent to him. I’m flattered by his ability to capture the vision of what I wanted to create and bring it to life.

These NFTs are the ultimate collector’s item, reserved only for the most hardcore Zyori fans that want to own a piece of history.

Exactly 36 dreads still exist in the real world, and will be secured safely in storage until they are ready to perhaps be reunited with their digital counterparts.

This NFT collection will never be expanded; only 36 pieces will ever exist.

And like any popular NFT collection, each dread will also serve as an access token to a small, private community and entitle holders to a few small perks:

To a large degree, this NFT collection is a live experiment. I think of it as some sort of a social token, with more focus on art and collectibility than governance. Something like a Zyori founder’s token.

The collection is minted and will be put up for auction in small intervals. The dreads with the highest numbers will be listed first, and made available for sale in small batches. The exact schedule for releasing them is not completely finalized.

I love the idea of being able to connect with a small group of VIP collectors that are excited about the exploring future ideas around this collection and finding new ways to collaborate.

There will only be more opportunities to integrate with other platforms and games, as the blockchain landscape continues to evolve and more value is generated around cosmetics.

Nothing would make me more happy than to see my Mystic Axie with a couple of my most prized dreadlocks, walking around all Jack Sparrow style inside of Lunacia.

The potential feels limited only by our imagination.

One bright morning in August, 2008… a confused, wandering soul got a haircut that would change her life. She had attempted to grow a set of dreadlocks without plan, nor preparation, which ended as poorly as one might assume.

This set of mostly unknown and fantastically embarrassing dreadlocks were a set of only 13- clumpy and disastrous when trying to manage. They were removed to pave way for growth anew; a fresh start with new roots.

Nearly two full years passed until length and mass were such that new dreads could be formed again. This time she went to a stylist, a professional prepared to tangle her curls into 36 individual locks.

Two hours and three stylists later, a new set of dreadlocks were formed. Unprepared for the journey to come, they stood straight on end, resembling the most convincing Sideshow Bob role-play you’d ever seen. A comical affair, mended only by hats and bandanas, that were able to push them down and cover the tender, tangled, and fizzy mess underneath.

She walked out embarrassed, feeling both ridiculous, adorable, and uniquely distinguished as desired.

She continue about her daily journeys, ready to rise above those that found her crops too ridiculous for reality. She knew many wouldn’t understand, but she valued the visible journal now apparent… the endless story that would be told through sun-bleach, trinkets, and knotty chaos.

She slept each night, with a locked lion’s mane atop her head- never a moment of escape or separation. Washing took hours, drying took days, and maintenance stole her focus for years to come. But the story unfolding was captured time and time again, with strangers wondering how one could desire such fashionable mire.

One by one relics were added in the form of rings, bands, and ties, as each dread encountered new strangers. Each relic was meant to symbolize a specific memory; a specific connection with another human, motivated enough to leave their permanent mark. A lasting gift, to signify a shared moment lost to time.

Each one with a story of its own.

But as every good story does, this one came to an end- at least a temporary one. In November of 2014, she grew weary; her faith waned. Her desire to maintain the live story of collected hair fell to insufferable lows; and she began planning her strategy to harvest the crops. She felt public pressure to engage with an image would that be accepted by the mainstream; a style without story, or purpose, but comforting to those watching live on air.

She folded under the pressure, and prepared for life anew. Fearful that she might not like the person she saw in the mirror after they were gone. But her career was in jeopardy. She did, what she felt, had to be done.

The dreads were cut once again, severed at the root and placed in cold storage at the end of 2014. Deep in slumber, each dread lurked; patiently waiting for their next moment to shine… for the whole world to see.

Addicted to the spotlight, each dread is ready to continue their adventure, especially now, after seven years of being locked away in climate controlled darkness. Their physical being, still perfectly intact; waiting for their chance to be immortalized in digital space.

Forever attached to their owner, each dread represents a part of her journey; a key element of who she was while crops were grown and stories were held.

Now these stories are ready to be released; prepared to be rewritten by those serendipitous enough to own a piece of this highly limited collection… tokens of good fortune for the bold, chosen few that are ready to walk down this path and write a story of their own.

A collection that is immutable by its very nature; pegged to a physical piece that will never be expanded or recreated in the days to come…