Esports and Ergonomics: The Battle For Longevity

This blog has been a long time coming.  It’s been started and thrown out several times; on each occasion I thought I had found the solution to my ergonomic plight, only to find pain sneaking back.

This entry was created to serve as a small bit of anecdotal evidence that exemplifies some of the RSI-related issues that can arise from extended computer use with little-to-no thought about ergonomics.  I’ll share the bits of information I’ve learned in my journey to cure my RSI (Repetitive Strain Injury), in the hopes that even one or two people can avoid the nightmare of chronic pain I’ve been experiencing over the past few months.

As part of the human condition, we seem to struggle with preventative care in general. Most of it has to do with the evolutionary psychology of our pain receptors; we’ve evolved to be reactive when something is painful, rather than proactive in avoiding pain before it occurs.  This is a scary precedent when it comes to RSI-related problems, as if they are left untreated they will eventually result in permanent nerve damage.

I don’t know about you, but any health condition labeled permanent gets my attention.

I’ve been spending the majority of my free time behind the computer screen since 2000, when I got my first computer.  I’ve spent hours upon hours hunching over the keyboard nearly everyday for the last 13 years.  Between school assignments, social media, and gaming it was hard to get me away from the computer.

Looking back, I’d like to say I had a good run.  I gave literally no attention to posture, ergonomics, or positioning for the first decade of that thirteen-year marathon, and didn’t have any discomfort to speak of.  The pain didn’t come until college, when I had even more time to spend on the computer. The countless sleepless nights keyboarding away to finish a paper on time didn’t exactly help my situation.

I’m the first to admit that I have terrible posture.  Over the past three years my discomfort after a long session at the keyboard slowly grew from mild tendon pain for an hour or two after I get off the computer to radiating nerve pain that would persist through a good night’s sleep.  That’s when I finally started to admit I had a problem; waking up in pain from the previous day’s session is usually a sign that you’ve waited way too long to address your computer usage habits.

My problem was a direct result of my poor posture.  I would hunch over the keyboard, which put extra strain on my arms and back.  Hunching over for long periods, especially if you don’t get up at least once an hour, pushes your back into a strenuous, unnatural position that will cause your spine to become misaligned.

Once my back became misaligned, my rhomboids (muscle that controls your shoulder blade) had to work overtime to compensate.  They eventually became inflamed and began to put pressure on my thoracic vertebrae, which translated to a mild tingling in my left pointer finger.  Quickly that tingling evolved into numbness, and that numbness started to spread to my middle finger.  On top of the numbness, my left rhomboid was constantly swollen, extremely tender, and very uncomfortable when sitting or laying down.

Though it depends on your set up, problems on the left side of the body tend to be more common amongst computer users that use the QWERTY keyboard.  The QWERTY layout was created 1874 before typing ergonomics had been discovered. It was designed to avoid jams with non-electric typewriters; the result was a rather lopsided keyboard, with many of the more common characters found on the left side.

Like my others, I turned to Google for advice on how to address my RSI pain.  My biggest issue in identifying the source of my problem was that most “articles” about ergonomics and RSI pain are inexplicably generic.  Carpal Tunnel is the buzzword that a lot of people associate with computer usage, though there are many different forms of RSI that have different causes and cures.  My issue has nothing to do with wrist or tendon pain- it’s completely derived from years of bad posture.

Most resources recommend the popular NSAID (Non-Steroidal Anti-Inflammatory Drug, aka Ibuprofen) and rest treatment, which can help reset an RSI and give muscles valuable time to heal; however, it is not the end-all-be-all solution to RSI that many resources seem to indicate.  Not only is “rest” an unsustainable solution for someone who generates their income through computer use, but taking NSAIDs for extended periods of time will destroy your stomach lining and eventually lead to bleeding ulcers.

After experimenting with several different stretches and exercises to little avail, I contacted a college buddy with a BS in physical health.  I found solace in two, simple words: Posture Exercises. Upon a bit of googling, I discovered that I was starting to develop Forward Head Posture, also known as “Scholar’s Neck” and “Reading Neck.”  The common symptoms are a burning pain between shoulder blades (rhomboid muscles) and tingling/numbness in arms/fingers.

Upon further investigation I made this short video that sums up a set of very simple, non-strenuous exercises that will help counteract the effects of my extended poor posture.

As the host of the video mentions, these exercises are imperative for anyone that spends a significant amount of time extending their head.  Computer usage is one of the most common causes, but phones, tablets, and books can also be culprits.

Doing this exercise for the first time was almost like instant relief.  Just standing against a wall and tilting my chin down was enough to feel a release in the pinched nerved under my left rhomboid.  When I lifted my arms in that position for the first time, I knew right away this was the exercise that had been missing from my rÃ©pÃ©teur.

Is your setup total shit?

There are a lot of resources out there that can help you identify the ergonomic shortcomings of your computer setup. Following is a list of best practices that you can apply to your home setup to determine if you’re sitting in an ergonomic position:

In general, the primary ergonomic bane to most computer setups is positioning the monitor too low.  It’s all too common to see monitors and keyboards on the same surface; this is by far the leading cause of computer RSI.  Your eye-line should meet the monitor whilst sitting upright; if your monitor is too low, you will hunch over to better see the screen, forcing your body into an unnatural position.

Another common shortcoming is not taking breaks from in front of the computer.  It’s ideal to get up at least once per hour, if even for 60 seconds, to let your body return to its natural posture.  Some sources claim getting up once every thirty minutes is the true sweet-spot, though that isn’t realistic for many of us.  Try to get in the habit of standing between Dota matches.

TLDR; good posture is the key to preventing RSI-related issues. 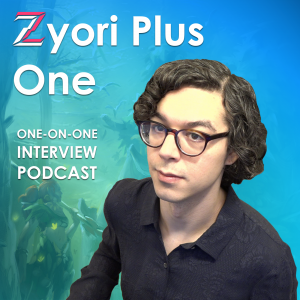