A Historical Context on the Modern Era of Esports 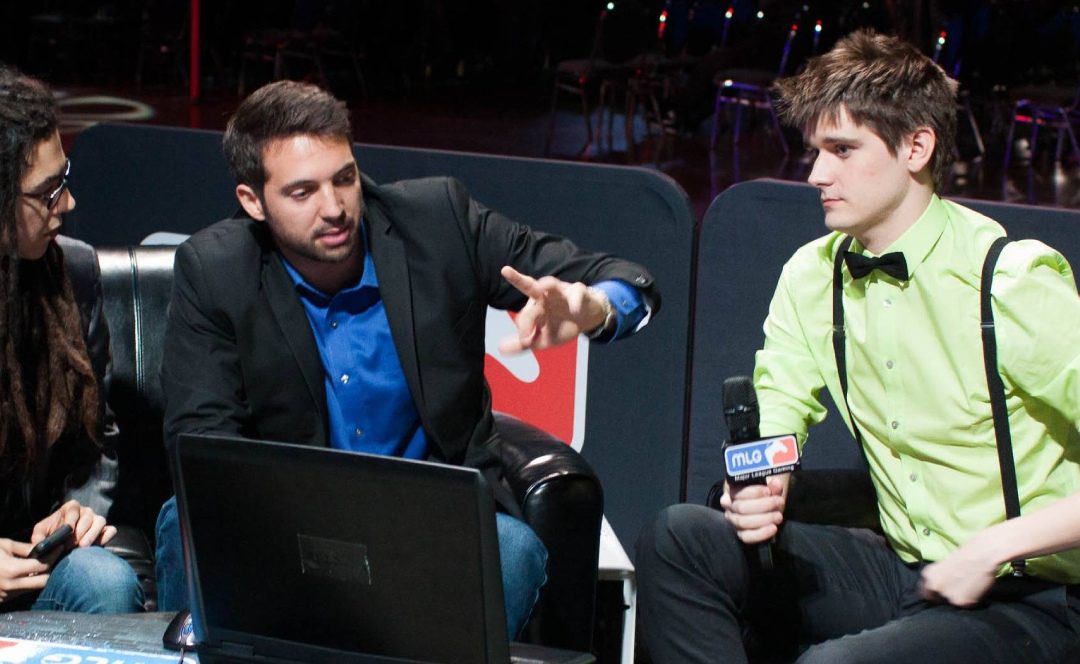 This article is the first of a three-part series on The Evolution of Esports that explores how the industry began, what keeps the wheels turning today, and where the future could take us.

Esports has been a part of the mainstream conversation for the better part of the last decade, though for many years that wasn’t the case. For a long time “electronic esports” suffered from much skepticism, mostly by judgmental outsiders and genuinely concerned parents that observed their children engaging more with their screens and prioritizing the development of their online identities.

As competitions for video games continued growing in popularity, both by the amount of players competing and number of viewers tuning into online broadcasts, outsiders could no longer look away. Their curiosity was piqued, and as they took a closer look they realized there was something oddly familiar hiding right in front of them.

This nearly decade-old article from Forbes titled 2012: The Year of eSports kinda says it all.

They saw that esports shares many of the same qualities that people value from traditional sports, just with a digital playing field and mathematically enforceable ruleset. The fandom and sponsorship frameworks are largely the same.

This seems so obvious today, but to older generations it takes some consideration to realize. In 2010 when I started finding interest in esports, almost everyone my senior told me there was no way that people would ever pay to watch other people play video games. The most common reaction was, “why watch someone else play when you could be just playing yourself?”

In many ways this perspective is practical; from the lens of someone that has only played Pong and Pac-Mac, this line of reasoning totally checks out. But it also fails to consider how much the digital landscape would evolve in two major ways:

These esports games are challenging and highly competitive; they require deep strategic knowledge, complex team work, and quick physical reactions. The skill ceiling is just as high as traditional sports, which is what allows fans to appreciate the truly exceptional players that can execute difficult strategies and make big plays.

There is a shift towards an attention-based economy that is fueled by engagement. Ironically our parents were largely correct in assessing that people don’t pay money to watch video games- most esports viewers engage by watching free content. They do, however, pay with their time and their attention… a currency that is increasingly more valuable as more services compete for our attention.

Parents and cynics weren’t the only ones that took notice of this shift. Sponsors and investors were also excited about a blossoming new industry still in its infancy, ripe for hypergrowth and speculation. Money started coming in troves… prize pools increased, incentives shifted, new players entered with the hopes of going pro, and teams built businesses around monetizing successful players through sponsorship deals.

Then the advent of accessible streaming technology (i.e. platforms like youtube and twitch) added fuel to the proverbial fire and lowered the barrier to entry for everyone. The doors were opened for anyone with a gaming PC to participate in building the esports ecosystem.

Individually most of these participants didn’t generate that much monetary value; but together, in aggregate, they were a powerful force.. one that was worth a lot to the right advertising networks. It was major esports news when CBS Interactive took over ad sales for Twitch, MLG, and NASL back in 2012.

And the advertising dollars trickled down pretty well for a lot of years.

But things change as industries mature. Entrepreneurs get older and stock shares vest; the exit sales begin and bits of the industry’s soul start to break off to serve corporate interests. We’re seeing it happen now as many of our beloved platforms show signs of pressure to cut budgets and increase cash flows at the expense of user experience.

The 2015 days of the open-bar Twitch Afterparties are long gone, my friends.

And that’s ok. The world evolves in cycles; growth is seldom a linear experience. Where some see destruction, others see opportunity for creation and space for new ideas to take root.

My goal in writing this series of articles is to provide some historical context for how esports has evolved as an industry and share perspective into the values that make it work.

Recently blockchain gaming (aka web3 gaming and “GameFi”) has been getting more attention, and esports has undoubtedly been part of that conversation. There are several highly competitive blockchain games under construction that will utilize NFTs as part of their game loop, similar to that of Axie Infinity where the NFTs are used in the core game play, that will keep pushing the needle forward.

However, in the mean time Axie continues to lead the charge in terms of web3 esports. It’s currently one of the only competitive NFT games with enough players and tournament funding to maintain a baseline of consistent competitions and rewards that attract professionals.

Earlier this year, AxieCon served as a powerful proof of concept to show the potential of Axie Esports with a $500,000 grand finals that was pinnacle of the conference. Hundreds of crypto-natives got to experience their first live esports tournament and the captivating energy that comes along with it.

It’s exciting to think about the beginning of this new era and the potential of web3 technology; however, some time remains until most esports titles will be ready to embrace blockchain as a core part of their ecosystems.

We’ll go deeper on the future of esports in the third article of this series, but for now let’s look back and consider the major transformations that the industry has already experienced:

Early console gaming that was purely analog, featuring games like: Tetris, Space Invaders, Asteroids, etc. All of these games have scoring systems that allow for competitive gameplay; however, they had limited input controls and were completely single player, lacking any form of connectivity. (1976-1993)

PC and console games that could be played on early internet and LAN, like: Unreal Tournament, Doom, Quake, Starcraft, Halo. This era is noted by its connectivity that allowed players to start competing in small network sessions, as well as games becoming more physically competitive with more advanced input controls like mouse and keyboard. (1994-2004)

PC and console games that are played exclusively online and have a high sense of team urgency, like: League of Legends, Dota 2, Counter Strike, Call of Duty, Fortnite. This era is marked by the streaming revolution that made esports more accessible than ever before and increased engagement to drive massive advertising revenue that helped scale the industry. (2005-now)

A significant aspect of the modern era of esports has been defined by the evolution of competitive games to the degree that they require specialization and unilateral focus to master on a competitive level. These games have such steep learning curves, that it can take hundreds of hours just to understand all of the characters and nuances of the gameplay mechanics. Learning how to use all of that information and apply it victoriously takes even longer.

The high requirement for mastery generally translates to players becoming more dedicated to a single title and the committing time and effort necessary to improve their skills- even at the amateur levels. This enables these competitive games to maintain a critical mass of players and ensure player liquidity at all skill levels for public matchmaking play.

Additionally, games like League of Legends and Dota 2 have been around for almost 20 years in one form or another, giving them a lot of runway for iteration. They have been able to fine-tune the gameplay, balance the characters, and optimizing the physics of their game engines to a degree of precision that is hard for newer esports titles to compete with.

As an extension of that iterative process, these games are proven to have near-infinite replay-ability, allowing them to stand the test of time and continue to keep the same players coming back for more. There are so many different champions, item paths, and movement decisions in any given match that each battle ends up being a distinct, unique experience.

And because these games are also physically demanding, requiring precision, speed, and accuracy with the mouse and keyboard, one is always left feeling like they could have played better.

Replay-ability, complex strategy, and high difficulty is a powerful formula for capturing engagement that is only enhanced when compounded with one more crucial element: the social layer.

When players work together towards shared objectives with trusted allies, they are rewarded with a feeling of accomplishment and camaraderie similar to traditional team sports. They feel inspired to share their victories and achievements with others that have a shared value system. Competitive games have become social spaces that help people connect when they can’t be together physically.

This levels up the entire experience, and keeps players connected to a sense of community.

Esports has demonstrated that quite often the pursuit of competing and social currency of being regarded as the best is worth more than anything money can buy.

Part 1: A Historical Context on the Modern Era of Esports

Part 3: Esports & Blockchain: A Forward Look at Next Cycle