Esports & Blockchain: A Forward Look at the Next Cycle 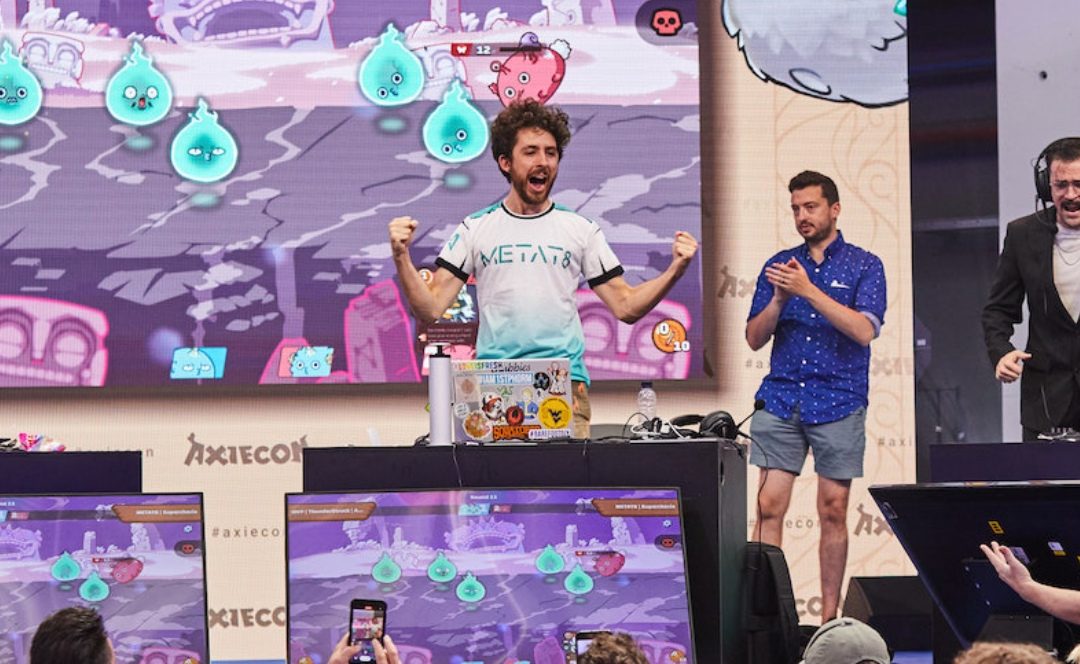 This article is the third of a three-part series on The Evolution of Esports that explores how the industry began, what keeps the wheels turning today, and where the future could take us.

Now that we’ve unpacked esports games and some of the competitive systems at their disposal, we have a better understanding of where esports is today. We’re now entering stranger times, especially as the world begins to re-open and in-person events become possible again.

Although covid disrupted many of the in-person competitions planned for 2020 and 2021, the esports industry was very well suited to adapt to the new work-from-home, remote lifestyle that was forced upon us. Tournaments were quick to adjust, new brands for were forged, and online broadcasts saw a huge uptick in engagement.

It was great while we were all locked down and needed a distraction; however, now the world is beginning to normalize and leaving many wondering what’s next.

The esports industry is no stranger to bubbles and the cycles that come along with constant oscillation between expansion and contraction.

Today there are many organizations in esports, from teams to lifestyle brands to white-label production houses, that are producing great content and continue thrive as they push the industry forward; however, there also exists a not insignificant demographic of esports organizations that are hemorrhaging money and don’t have too many cards left to play.

On average player salaries continue to rise, concurrent viewership outside of the very top content is down, and, for many organizations, sponsorship revenue is starting to plateau (or in some cases decline). As the industry ages, more of the advertising dollars are floating towards the top to support the biggest events, making it progressively more difficult for mid-tier organizations.

In previous down cycles, many of these organizations that were struggling financially were able to sell off a little more equity and raise another round from investors- but this only works for so long. Each round is harder to raise than the last, especially if you’re struggling to maintain aggressive growth targets.

And of course, you eventually run out of equity to sell.

It’s completely possible that some of the esports organizations we see thriving today, won’t be here in 5 years time. The industry seems hungry for something new, especially as we see more beloved game developers rely on re-releasing the same old games we’ve been enjoying for years instead of pushing the needle forward.

These market forces might be inevitable. Things change as markets mature. But moments of industry-wide stagnation are what often inspire the next generation of starry-eyed entrepreneurs to innovate the next big thing… and increasingly more developers are looking towards web3 blockchain technologies as the new foundation to build upon.

Is blockchain the way?

New technology is exciting, often fit with no shortage of hype around the potential to bring fundamental change. Blockchain is no exception. As a technology blockchain was born in 2009, and ever since enthusiasts have been loudly evangelizing it as the revolution for our financial future.. some day later.. in the years to come.. when its ready.

Historically the applications for this technology have been largely theoretical; however, that is no longer the case.. the utility of blockchain technology has begun to arrive and continues to accelerate as more builders join the ranks.

Despite what enthusiasts might have you believe, blockchain doesn’t solve all of our problems. It does, however, open some doors to more efficient tooling, more transparent infrastructure, and greater potential for interoperability across services.

I see three main areas where blockchain technology is already being use effectively to support esports:

In the case of third party tournaments where prize dollars are not backed by a trusted developer, smart contracts on platforms like Community Gaming allow event organizers to lock up their prize pool before the tournament begins and prove its existence.

Once the tournament is complete and results have been verified, the organizer can them distribute all of the prize money to the players with a single click. And because players using the Community Gaming platform connect their blockchain wallets directly to their accounts, there is no need for the collection of additional data like SWIFT codes and account numbers.

On top of that, using more scalable side-chains like Ronin or Polygon costs a fraction of the price it would to distribute prizing by traditional means to players around the globe.

Here is a breakdown of the prizes at AxieCon and the cost associated with the distribution released by Community Gaming:

Additionally, this platform is publicly accessible and open for anyone to host a tournament, allowing any tournament organizer to save money on administration and distribution costs… making esports even more accessible to amateur players and event organizers.

Esports Insider just published an article called Payment painpoints for esports companies that states over half of esports organizations say it is not easy to manager international payments. About 60% of the companies surveyed reported that they do not have an easy time balancing security and convenience for payments.

In an industry that has become increasingly global-first, the need for better payment solutions is very real.

Over the years games come and go, but as our favorite games go offline and become forgotten so does the evidence our best achievements and digital memories. Rather than having our digital achievements locked to individual blackboxes, reliant on the independent developers that operate and maintain them, wouldn’t it be better if our greatest achievements were unified and made timeless in some way?

That’s where the idea of soulbound NFTs come to play- that is NFTs that are not tradable and bound to the account of the person that unlocked the achievement.

Systems like this exist in the traditional, centralized gaming market today; however, they don’t work well across the different developer sandboxes. If the majority of developers shared the same framework as a popular blockchain like Ethereum, our achievements would more unified and last much beyond the lifetime of any single game or developer.

Think back to your favorite game that is no longer online. Wouldn’t be amazing to have a token of those experiences beyond your own personal memories?

This is a topic that Ethereum’s founder Vitalik Buterin wrote about in some detail at the beginning of 2022 – https://vitalik.ca/general/2022/01/26/soulbound.html

Player owned economies are made possible by advent of verifiable, digital ownership granted through blockchain cryptography and shift the paradigm that developers have leveraged successfully for decades. They have enjoyed controlling these closed economies, often to the financial detriment of the very players that make game economies possible.

Now players are being given the tools to control the economy themselves. In the case of Axie Infinity, the developer only sold the initial batch of Axie eggs- after that it was up to the players to hatch them and decide when to breed them to create more Axies with different genetics. Axies are only bought and sold when players choose to engage with one another on the marketplace.

In traditional games, and esports, developers take around 90% of all the capital in the ecosystem for themselves, mostly through direct sales.

In blockchain games, developers usually take between 10-20% of all the capital in the ecosystem for themselves, commonly through marketplace fees and small commissions on in-game transactions.

Players hold most of the capital in these blockchain systems instead of the developers.

This paradigm shift gives more power back to the gamers that participate in these economies to keep them alive. More of the revenues end up spread amongst the players instead of floating disproportionately to the top.

For esports specifically, this opens up more pathways for professional players to monetize their expertise by leveraging the marketplace and reduces the burden on teams to provide full financial support for their players to thrive.

This change in structure also has the potential to open up doors for more cohesive relationships between esports teams and game developers. As the web3 gaming industry at large makes progress on interoperability across the metaverse, it should become even easier for blockchain games to integrate with other existing game related NFTs.

In the traditional esports world, there have already been many integrations where teams can place their IP directly into games, but never in a way that was transferrable from game to game.

Many esports teams are experimenting with VIP fan club NFT collections that have been received well by super fans. They have been able to see the utility by redeeming collectibles, registering for airdrops, and unlocking discounts. Teams have a great set of assets to serve super fans, as unique experiences with their signed players can be worth more than money to the right fans.

These tools will continue to be developed and offer more utility as additional integrations become available. There is very much a network effect at work here that is just reaching the tipping point of coming alive.

The more things you can do with a single blockchain wallet, the more its convenience and value increases..

Games will also need to continue innovation on integrating NFTs in core game loops and developing implementations that are more novel than simple skins or cosmetic layers as digital assets. There’s nothing inherently wrong with those implementations but they aren’t fundamentally that different from the centralized marketplaces that exist already and work well for most consumers.

Regardless of the technology working under the hood, esports is here to stay. Esports is more than any one game or any one experience. It is a cultural movement that will live on for generations to come- rooted in bringing out the best of what gamers have to offer.

Time has shown that players will compete for little more than the sense of pride in knowing they tried their hardest and conquered their strongest opponent. There is a beautiful energy there; one that can be harnessed and magnified for exceptional results.

Gaming with a sense of purpose; a reason to master your craft and compete against yourself to become better along the way.

A reason to login every day, and play.

Part 1: A Historical Context on the Modern Era of Esports

Part 3: Esports & Blockchain: A Forward Look at Next Cycle