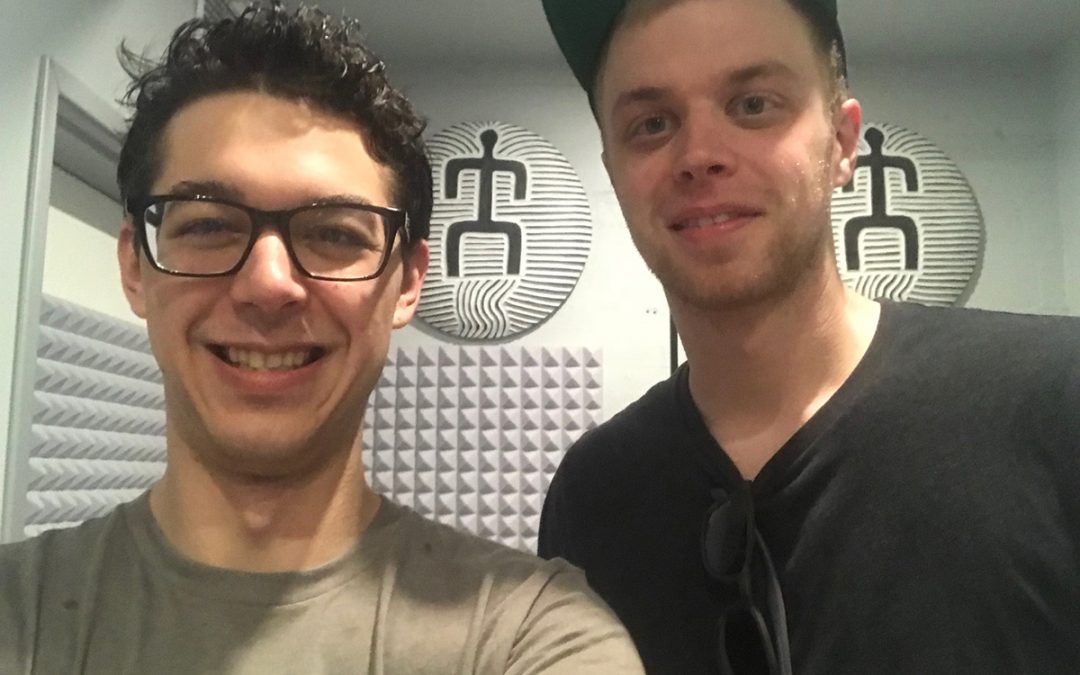 I remember thinking: life is short, and making time for love is worth it

Just last week I was attending an event in California at the Beyond the Summit studio, doing coverage for the TI8 Qualifiers. It was a seven day broadcasting marathon with a non-stop, 24/7 stream covering regions all over the world. By the end of it most of us were feeling the grind, so BTS producer Rob James and I decided to take a trip to the sensory deprivation tanks for some rest and relaxation to celebrate the success of another event.

This wasn’t our first trip to the sensory deprivation tanks (also known as “float tanks”), though it had been two years since our first visit to the Float Lab facility in Westwood, Los Angeles. The float tanks are sound- and light-free chambers that contain 12 inches of water, mixed with about 1000 pounds of dissolved Epsom salts, making it possible for people to float effortlessly on top of the water. The chambers are 5′ wide by 8′ long by 7′ high, just big enough for an average sized human to float freely without touching the sides.

Our first experience floating was in 2016 when my sister and I were in California visiting family. When we arrived we were pleasantly surprised to see the founder of the company, Crash Hoefler, working the front desk. All three of us had seen him on the Joe Rogan Experience podcast, and it gave us a lot of confidence in the facility knowing that it was still run by the original founder. Although all of us found it to be a unique, worthwhile experience, none of us were particularly moved by it. It wasn’t until my second, two-hour session in the tank that I started to feel the full effect.

Our second session began with LA traffic on our way to Westwood, and we ended up arriving about 10 minutes late. We called ahead to make sure they would still take us; they agreed, but only because we’d done the orientation before and already knew the procedure. The order of operation is pretty simple: shower before getting in, pop in some earplugs, and then shower again immediately upon finishing the session. The operators will let you know when the session is over by knocking on the outside of the tank three times.

Because we were so rushed getting into the session, it took me a while to relax and settle down. I spent the first 30 minutes just trying to get comfortable. The earplugs are helpful in blocking out any peripheral sound, but they are also needed to keep the saltwater out of your ears. Some water can still seep through, and though it eventually becomes unnoticeable the feeling of pressure equalizing was uncomfortable enough to prevent me from relaxing right away. The water is controlled to be near body temperature, but it takes a moment to used to the warmth and humidity of the chamber.

Once I was settled in physically, I moved on to the next challenge of turning off my brain and getting into at meditative state. It’s so rare in nature to experience complete darkness and silence at the same time that it almost feels like ripping off a mental band aid as your brain adjusts to the extreme lack of stimulation. At first I had a lot of negative thoughts about being bored and wanting to leave the chamber early, but each time I focused on my breathing and the negativity eventually passed.

After I got over the negative thoughts, I was finally able to get out of my own head and just exist. Instead of thinking about all the things I wanted to think about, I was able to just let my mind go and process thoughts I didn’t even know I had. Mental noise and worry started to melt away, and I was able to start focusing only on thoughts that served my well-being. I had a newfound layer of decision making confidence, where it felt as if I could visual my thoughts and organize them in new ways. Almost like my brain was just one big filing cabinet that could be ordered and reorganized to fit my needs. I felt confidence without ego.

As I moved deeper into a state of tranquility, I started to focus on keeping entirely still. Every time I moved around or touched the edge of the chamber it felt like I was jolted back to reality. I would regain my self-awareness and have to focus on breathing all over again to get back into my meditative state. I found that if I challenged myself to stay perfectly still for long enough I would start to fall into a feeling of being stuck in some kind of psychedelic jello mold that was radiating positivity directly into my cerebral cortex. I became overwhelmed with feelings of love and genuine motivation to find success. My entire being felt consumed by a degree of self confidence I’ve never felt before. Even though I wasn’t moving in the chamber, I felt like I was just slowly spinning; drifting into infinity as my conscious reality overlapped with dreams of countless variety.

Just as reality was starting to melt away, I heard a faint knock on the outside of the tank. I slowly started to stand up, but I was so disoriented that I forgot which side of the room had the door. Once I found it through a clumsy process of trial and error, I got out and jumped into the shower. As I started reflecting on the experience I was both relieved to be back into the world of light and sound, but also disappointed the session came to an end. A large part of me felt like there was a level beyond the feeling of the jello mold, but it would require more than two hours in the tank to achieve.

Both times I went to the float tank, I walked away with a lingering feeling of tranquility and relaxation. Each experience left me feeling like there are simple solutions to a lot of my problems sitting right in front of me, and all they require to be fixed is my effort. I have a genuine feeling that with enough effort anything is possible, and at the end of the day I’m the only thing holding me back from my dreams. I’ve had similar feelings from other hallucinogenic experiences, but never with something like floating that has seemingly no negative side effects.

In a lot of ways I think floating is a great starter experience for adventurers just taking their first steps into hallucinogenic experiences. It’s also a great solution for people like me that struggle with meditation. I try to meditate regularly, but usually end up frustrated that I can’t turn my brain off no matter how much I want to. Floating forces you into a meditative state, and if you can get over the first 30 minutes of discomfort while your body adjusts to the new environment, it’s like a hyperbolic time chamber for clearing your mind. It also gives your body a break from the grasp of gravity, yielding a physical feeling of relaxation similar to getting a full body massage.

Floating isn’t the kind of thing I would want to do every weekend, but after having two powerful experiences in the tank I have no doubt it’s something I need to do more than once every two years.

If you’re curious to learn more, I’d recommend this JRE Podcast with Crash. It covers just about everything there is to know about floating!