The Next Evolution of Axie Guilds & Scholarships 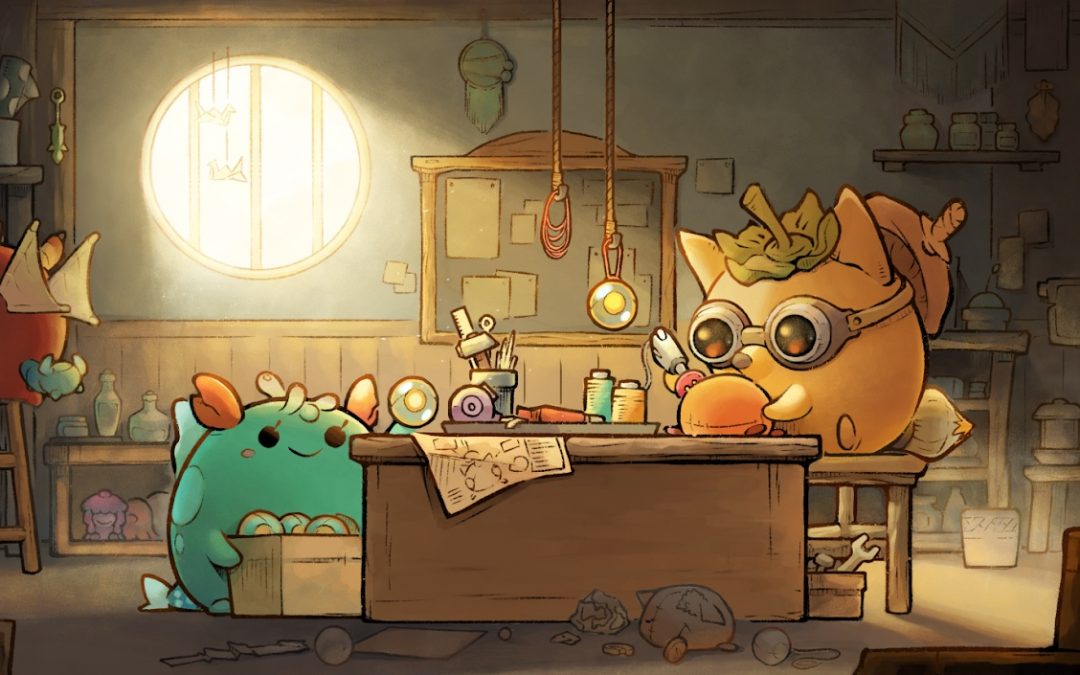 Recently there has been a lot of discussion about the future of guilds in the Axie Infinity universe and how they will scale with play-to-earn NFT games. I’ve spent considerable time thinking about this, and I think I’ve identified a broad framework that some guilds are already experimenting with successfully.

My goal here is to share some of my observations and provide Axie guild managers with some potential ideas for expansion. This framework might not be applicable to every guild; however, I hope it can serve as a source of inspiration for those that feel stuck at a dead end.

The question we need to answer:

What is the layer 2 of Axie guilds and scholarships?

We need to start by acknowledging that the end game of play to earn is not for all of us to be sitting around, alone in our rooms playing Axie by ourselves and staring at crypto price charts. The end goal has to be something larger and more universal if we truly have the intention of scaling our community with millions of new users.

I believe that scholarships are called scholarships because at their highest level they are about enabling people to become the best versions of themselves. Scholarships are built upon the fundamentals of user education and gamifying the process of learning how to use blockchain technology.

They are about using games to unlock something more; economic freedom as a result of financial literacy.

Looking towards the problem in front of us, it’s become more evident that the initial scholarship and guild model is unsustainable for a healthy long term economy. Simply put- we have to balance the inputs and outputs affecting the ecosystem for it to have longevity.

As a short term solution before the launch of Axie: Origin, Sky Mavis decided to reduce SLP token earnings from gameplay by about 50% and slow down the inflation of the primary reward token by cutting rewards from adventure mode.

This had a predictable and clear effect on the number of trainers playing Axie every day, which also means many guilds have been losing scholars instead of gaining. In the short term it hurts to see some scholars leave; however, many of these scholars were the folks exclusively playing adventure mode and were never really interested in engaging with the community on a larger scale.

Guilds and scholars both have potential to be extractors in an open economy, but losing some of our most extractive actors is likely to be a long term boon to the stability of SLP and Axie’s economy.

That said, I think we should all be asking ourselves: what comes next?

To me the answer lies in evolving beyond just playing games, and using scholarships as a platform to provide educational opportunities to the most active scholars that are interested in learning.

I believe there is strong correlation between highly performative competitive players in any game and the ability to learn new information quickly, which leads me to conclude that scholarships have great potential as screening tools to identify individuals with above average learning capacity.

Similarly, the metaverse is increasingly full of opportunities for aspiring builders, with substantially more positions available than there are knowledgeable individuals to fill them. Many of the positions in demand, like programming, graphic design, and 3D modeling, are globally transferrable and executable from anywhere in the world with a computer and an internet connection.

My suggestion is that we start attempting to fill this gap with our most engaged and highest performing scholars. I want to see more guilds invest in building out education systems that can compound over time and leave their scholars with the lasting ability to generate value in the global economy.

Guilds could eventually realize an additional revenue stream by utilizing their newly trained scholars, while also becoming vehicles that provide tremendous value to the web3 ecosystem by cultivating much-needed talent.

Scholars might also be more likely to stick around instead of rushing to graduate if they have opportunities to better themselves outside of just gameplay.

Game developers also have something at stake here, as they are not only suffering from a hiring shortage as well, but also have a great desire for more players to play their games just for fun. Scholars that are able to generate additional income as a result of their new skills would likely be less reliant on gameplay rewards for things like cost of living.

Through this framework, we can start to envision a loss-less system where all three parties involved, guilds, scholars, and game developers, see a tangible benefit.

Guilds get a new revenue stream and offering to expand their business; scholars get transferrable, remote skills; and game developers get a player base that is less predicated on financial extraction.

Web3 also benefits from getting more builders, which really makes it a win-win-win… win.

The future of Axie guilds is to start building the next layer.

All guilds should be asking themselves:

Of course, none of this is going to be easy. What I’ve presented here is a monumental pivot for many of the guilds and scholarships that have been onboarding new players as quickly as possible with minimal screening; it could take years for some to really build out this infrastructure.

However, there’s no time like the present to start thinking about the future and embracing the entrepreneurial nature of running a guild on bleeding edge gaming technology.

We have to be adaptable.

This is a learning opportunity for guild managers and scholars alike, and I think the key to success will be identifying a shared goal amongst the members and recruiting the right demographic.

Interested in graphic design? Then search for the small, but non-zero number of Axie community members that both enjoy Axie gameplay and aspire to improve their graph design skills.

Invest in your scouting process, identify an intersection that aligns with your knowledge or skills, and build towards something bigger.

Being more selective and curating a group of scholars that have shared interests and passions for learning will help jumpstart a community of scholars that can help teach each other as they all learn together.

That said, I think it’s also worth noting that this framework will not be effective for every scholar currently playing in a scholarship. Learning is a two-way street, and ultimately scholars will have to choose to be open to learning new skills; perhaps the real question is how do we motivate them to value education?

It doesn’t have to be all or nothing. There are millions of scholars out there; if we could harness the potential of even 5 out of every 100 scholars into web3 building, we could generate results that compound multiple times over the next few years.

Some scholars will only ever be interested in playing games for fun or earning potential- and that’s ok. Guilds can be staggered to have different ranks and tiers for players with different goals and interests.

But those scholars that have the motivation and desire to learn new skills should be identified, elevated and rewarded, if successful.

Axie has become more than just a game. It’s a job platform; one that is ready to see its job market expand.

We need to cultivate and encourage the future builders that are lurking within our ranks.

For final thoughts, I’d like to leave you with some real world examples and potential concepts I think could make a lot of sense for this framework, though I think this is just the tip of the iceberg.

I invite everyone from the Axie community to build upon these ideas and further the brainstorm.

The Kind Guild, based in South America, is now offering free English classes to all of their scholars so that they can better consume content that doesn’t get translated to Spanish. This will allow their scholars to have the opportunity to work as translators in the future and connect better with the latest technology developments of blockchain, which are usually in English.

I met with a manager that runs a scholarship based out of Guatemala called Slugfest Academy that is intertwined with an existing coffee harvesting business. He onboarded scholars that have a shared connection and geographic location already, and channeled revenue from their gaming efforts into the business to upgrade key infrastructure. The scholarship has unlocked their coffee business to expand their coffee exports and allowed them to send a key team member to business school, while also injecting an extra dose of fun into their lives.

Team METAT8 have created a very interesting guild model that doesn’t have scholars, but professional players and aspiring grinders. Their vision is to enable more competitive players to connect with one another and become a hub for coaching. This model seems promising as Axie continues to invest in more esports infrastructure and competitive earnings potential.

I’ve heard of a guild manager trying to start a graphic design studio in India by using the earnings from playing Axie to subsidize a studio space and Photoshop tutorials for his scholars. They play Axie 2-3 hours per day and study for 3-4 hours per day during the week. His long term goal is to bring in more design work for their studio to grow and expand into a full-on, global business.

Having done a programming bootcamp myself, I think this makes perfect sense for this model. For those that are interested in problem solving and puzzles, learning to code is a great way to ensure you have in-demand skills for the foreseeable future in web3.

This one is a little more pixelated, but I can say for sure that there is a demand for financial literacy courses and people with math-minded perspectives to help build stable ecosystems. Most games and token-based projects need more help with economic theory and understanding the nuances of these complex, emerging economies. Teaching math-minded scholars about data analytics, technical analysis, and economic theory seems worth experimenting with to me.