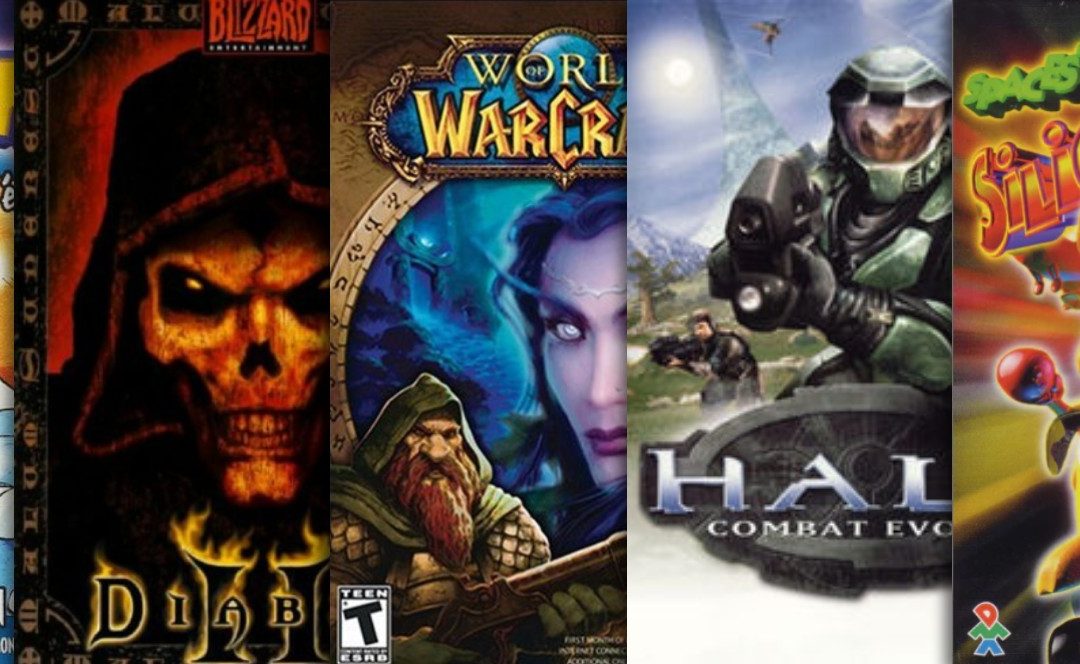 The following is a list of my personal favorite video games of all time. This is by no means supposed to be some sort of objective, tiered list of the greatest games ever. Rather, these are the games that stand out the most in my memory.

Originally released in September of 1998, Pokemon Blue/Red were the first installments of the Pokemon video game series. My parents bought me a Game Boy Color that year for my birthday in October, but it wasn’t until Christmas that I’d get my hands on the new Pokemon game. It was like torture watching all of my friends play it at school until the the holidays rolled around. Pokemon Blue was the first RPG that I completed all the way through. I was motived to collect the strongest line up of Pokemon I could find so that I could start challenging my friends to battles. Given how limited handheld consoles were back then, Pokemon Blue/Red really brought the Pokemon universe to life. Always Bulbasaur.

Nintendo 64 was my first full-fledged console, fit with many of the iconic titles. I enjoyed the classics, like Zelda: Ocarina of Time and Super Smash Brothers, but there was one, niche title that always stood out in my memory: Space Station Silicon Valley. The gameplay features a robot named Evo that has been reduced to the form of a small microchip after his ship crash lands. Throughout the game you control Evo to take control of different animals to solve puzzles. I was always fascinated by the unique concept of this game and have continued to wonder why it wasn’t more of a commercial success.

Halo was released along side the original Xbox in 2001, but proved to be one of its most timeless titles. The campaign and story were top-notch, but the multiplayer was what really kept my local group of friends invested. The Xbox had a fantastic local area network (LAN) setting that allowed you to connect up to 4 Xbox’s together and play with 16 players all at once. Any birthday or excuse for a gathering resulted in a Halo party, where we’d vow to stay up all night and slaughter each other on Blood Gulch. Halo was the game that first introduced me to the glories of playing on LAN.

Tetris is one of the most popular video games of all time and still relevant today, more than 25 years after it was created. It’s available on many platforms, though I discovered my love for Tetris on PC while I was a student at university. At the time I was just getting into StarCraft II and wanted a simple game that could help improve my reaction time. I started playing in between classes when I had a few minutes to spare, but eventually found myself playing late into the night. Despite being basic in concept, Tetris remains one of the most beautifully challenging games I’ve ever played. Easy to understand; almost impossible to master.

Diablo 2 was the game that really turned me on to PC gaming. I enjoyed the fast pace, hack and slash nature of this action RPG, but I really dove in once I started playing online. I enjoyed the barter-based item economy and challenges that came with understanding how items fluctuate in value. I played Diablo 2 mostly while I was in middle school and just starting to appreciate being connected with my friends online, at a time before social media. I have distinct memories of running home from school so I could get online and trade for new items I hadn’t seen before.

Although halfway through the list, Warcraft 3 remains one of the most memorable games I’ve ever played. It was originally released in Summer of 2002 and had every feature gamers wanted: a captivating, story-driven campaign, competitive multiplayer, and a custom map editor. There was enough variety across the four different races that you could play for hours without getting bored. There were even weekly tournaments built into the game client for those that wanted something more competitive.

What really kept me coming back after so many years was the breadth of custom games created by community members. The custom map editor was limited in many ways, but sophisticated enough for hundreds of new mini-games to be born. Some were more robust than others, but let us not forget- Warcraft 3 was the birthplace of the original Defense of the Ancients.

StarCraft II will forever have a place in my heart as the game that first introduced me to esports. It launched during the summer of 2010 while I was in my third year at university and hungry to make a name for myself. I picked up my copy the day it was released and dove straight into the multiplayer. Before long I found myself on forums, reading about the best strategies and trying my best to mimic what the professional players were doing. I was struck by the budding esports community that was full of podcasts, amateur events, and professional tournaments.

Through StarCraft II, I was introduced to a whole new industry of competitive gaming that I didn’t know existed. Its release happened to coincide with the beginning of the streaming revolution that allowed gamers to easily broadcast live video streams from their own homes. Twitch was launched just one year after StarCraft II and quickly became home to most of the biggest events in esports. It didn’t take long for other competitive games to come in and steal the limelight, but in my eyes StarCraft II was a key piece of that foundation.

By hours logged, World of Warcraft is my second most played game. The original “vanilla” version was truly ahead of its time in 2004. I played extensively throughout my high school years, so enthralled by the content that I quit playing other games all together. Gaming was already morphing into a social activity for me, but my friends and I pushed it to another level when it came to raiding. By the time we were seniors in high school, LAN parties had become our weekly ritual on Friday nights.

Part of what made World of Warcraft so captivating was how prolific it was among other gamers. There was a degree of in-game prowess that translated to real life, as there were a lot of kids in my high school that played. We were scattered across different servers and factions, but that didn’t stop us from sharing achievements and arguing about game mechanics for hours on end. For the first time I found myself excited to talk about video games in public, rather than being nervous about the social impact of being labeled as a “gamer.”

Path of Exile is an Action RPG game that was released in 2013 as an independent successor to Diablo 2. Renowned for complexity and punishing gameplay, I was slow to get into POE, despite being aware of it for my years. Every time I considered giving it a try I remembered how long it took me to digest everything Diablo 2 had to offer. The learning curve seemed too steep to be worth it, even though I have an undying affection for challenging games.

At the end of 2018 I finally took the plunge, and I’ve been in love with the game ever since. Every three months the developers reset the ladder and launch a new league with additional game mechanics and a fresh start. The gameplay is frustrating at times, but with so many different ways to build out a character the options often feel limitless. The combination of deep character building, barter-based economy, and complex item crafting makes this game feel like the complete package. Not to mention new mechanics get released with each league, of which there are usually four per year, constantly giving you a reason to come back.

On top of that it’s free to play and bereft of pay-to-win mechanics. With Path of Exile 2.0 scheduled for release in 2020, I couldn’t be more optimistic about the future of this franchise. Path of Exile is what Diablo 3 should have been.

With over 10,000 hours logged between playing and casting, it’s no surprise that Dota 2 is at the top of my list. I’ve spent the last six years of my life dedicated to following the game and its robust esports scene. There are many aspects of the actual game design that makes Dota 2 a contender for one of the greatest games of all time, but a huge part of my love for Dota comes from the freedom for third party organizations. In-game features like DotaTV and digital tournament tickets allowed event organizers and commentators to create content in a way that just wasn’t possible for other comparable games. That accessibility and support is what allowed me to create Dota Radio, and later allowed startup events like The Summit to exist in the first place.

Dota is another one of these tough games with a very steep learning curve. Even the smallest mistakes can result in severe punishment, which is certainly frustrating but not without a strong sense of reward. There’s something about the gameplay that keeps bringing you back, no matter how insufferable your last teammates were in public matchmaking.

IceFrog has proven his creative genius time and time again by continuing to keep the game interesting over the last decade. He’s taken the approach of creating powerful heroes that feel completely broken, until you find the hard counter that feels equally broken the other way. With 117 completely unique heroes, there is an endless sea of hero combinations to play both with and against. Keeping all of those heroes balanced relative to one another, while maintaining their individual identities, is a no easy task- unless you’re IceFrog.

And, of course, it’s completely free to play and has no pay-to-win mechanics. Ever.