Wearing a Dress and Saying Yes to a Copacetic Life 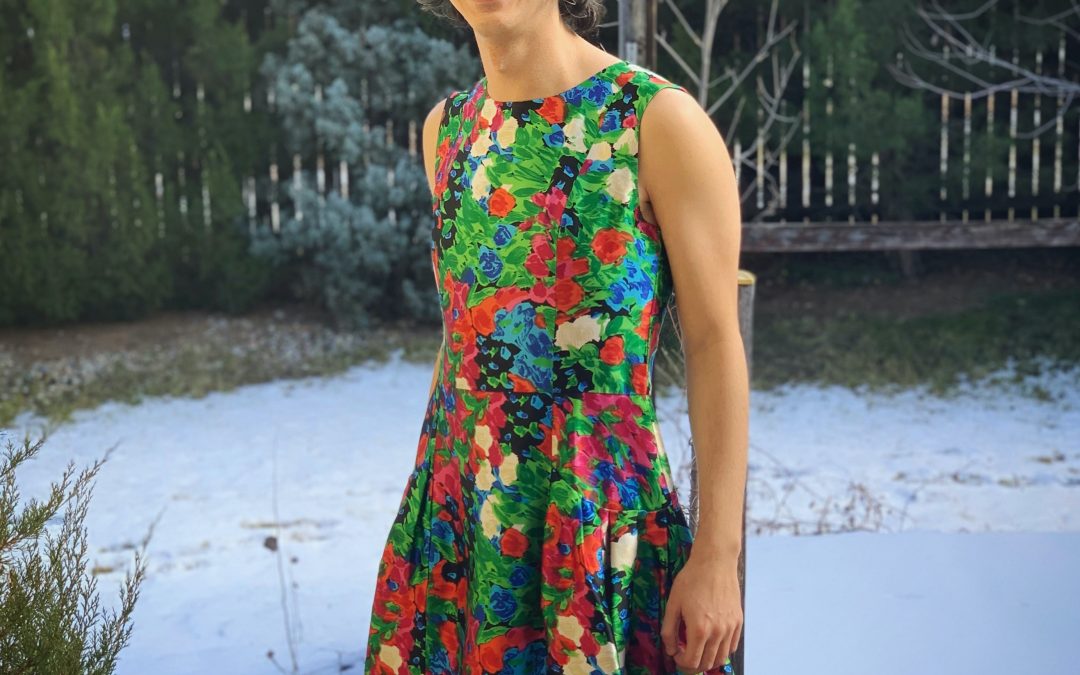 It all started with a simple conversation. A conversation with someone I’ve never met in real life and hadn’t spoken to online in over 7 years.

Her name is Maddie. She was kind enough to join me for a candid ‘real talk’ podcast, and opened up about her journey to transition as a public figure on Twitch and Youtube.

We covered a myriad of topics regarding sexual orientation and sexual identity, but one of the things that stood out to me was Maddie’s “any pronoun” policy. She has recently changed to prefer she/her pronouns, but I really appreciated her take on just living life and not being overly bothered by that stuff when we spoke.

She had a very “this is me, take it or leave it- just be nice” mentality that I found infectious. A mentality that screams confidence and levels of self-worth most of us can only fantasize about.

My 90-minute conversation with Maddie stuck with me. I spent the next week deep in thought, curious how much I had been repressing my own desires over the years.. weirdly jealous that Maddie was able to come to terms with who she is, while I was still caught up in maintaining a “vanilla” image that might be more “likable” to a general audience.

Much of this was subconscious, mind you.. Consciously I felt like I was the person that I wanted to be, but when I looked in the mirror with the lens Maddie described, I wasn’t so sure.

I kept asking myself, “If I were plugged into the Matrix, what would my residual self-image be? Would it be more like Neo or more like Trinity?”

And no matter how I framed it or moved variables around in my head… the answer always came back Trinity.

The week following my podcast with Maddie, I had the rare treat of doing a one on one podcast with Slacks. We stayed on course and talked about Dota for a solid hour, but eventually my personal curiosity got the better of me. I had a burning desire to share my insecurities with him live on air, and couldn’t resist the temptation.

Unscripted, unprompted, I took the opportunity to ask him if he thought I could get away with crossdressing at a live event.

And his answer was a game changer. Most of me knew he would be supportive.. it would have been lunacy for my best friend to not be supportive in this moment of live vulnerability.

“You know what: you do you, buddy.. who cares? Real talk, I think it’s a pretty positive statement, there are a lot of people with fluid gender roles that are not represented.”

And that was the final push I needed. The next day I ordered a few dresses and pantyhose from Amazon and waited eagerly for their arrival.

I was still timid to actually wear one in public. I realized how fearful I was of my roommates’ reaction to this change of attire, which really brought to light how much I had been repressing my desires to dress this way. Especially since my two room mates are long time friends that have always been supportive of how I express myself.

Why was I so afraid of rejection from people I knew would be supportive?

After my first dress arrived I gave it a test run late night, after my room mates were asleep. I put it on and went for a long, shivering walk around my neighborhood. There was literally no one else around to see, but knowing that I was exposed outside and there was a chance for someone to see was exhilarating.

I felt alive; aligned in a way I never thought possible. For the first time, truly saying to myself: “This is me.. and I really like it.”

But beyond that, I wasn’t really sure what to do with this information.

I’ve known that I’m bisexual (attracted to both men and women) since I was about 15, and it was never much of a secret. Crossdressing now just feels like an extension of that exploration. Despite growing up in a conservative, repressive culture in Southern New Jersey, I was lucky to have a group of friends that had a very open, “fuck you” mentality. Several of my peers were also out as bi, and it mostly didn’t seem like that much of a big deal.

But once you leave that high school circle, you start meeting people that don’t know anything about you.. and it gets difficult to communicate personal details about sexuality. In some ways, my sexuality should be the least interesting thing about me, and I want people to judge me based on my personality and values, not my orientation.

Yet on the other hand, not ever disclosing anything about your orientation starts to feel like lying through omission, and implicitly keeping that secret has a cumulative cost of its own. As the stress of that secret builds, the more you start to fear a grandiose ‘coming out’ for something as trivial as being bisexual.

After I graduated and moved into a broadcasting career path, I decided not to make a big deal about it. There were multiple times I considered writing blogs like this one, but the timing and the tone never felt right. It always felt like something that no one asked for, and ultimately no one would care about; hence, not worth writing.

Periodically I would think back and be glad none of those blogs ever got published. I was afraid to be typecast as the token queer, or have that become yet another meme that would overshadow the quality of my work.

Or even worse yet, to be put in a box, isolated and off-limits from put-down humor or crude jokes. I was afraid of being left out, worried people might start walking on eggshells around me if they knew the truth.

And then on October 11th, just three weeks after my podcast with Slacks, I came across the hashtag #NationalComingOutDay on Twitter. It was filled with people from all walks of life, coming out in various forms for everyone to see. Naturally there was some vitriol and filth, but overall the threads were filled with support and positivity.

Usually I find those generic hashtags be cliché and unappealing, but this is one hit too close to home. The timing was nothing less than perfect and turned out to be the golden opportunity I was looking for to share this with the world. Knowing I wasn’t the only one on that given day some how made it that much easier to actually press Tweet.

My post was followed with an amazing outpouring of support, both publicly and privately from people in my network. So many DM’s from lonely, unrepresented people excited to see more variety in the Dota space. I never understood how much representation matters.. until people started sharing their stories with me and explaining how isolated they feel.

However, my post also led to some genuine confusion, which is totally understandable. In our age of hypersensitivity, it’s harder than ever to ask questions.. especially when you don’t know the approved vocabulary.

What are you doing? Why would you want to wear a dress?

Over the years I’ve slowly become more comfortable wearing feminine clothes. For whatever reason, I like the way I look wearing women’s clothing. In the past I’ve usually worn more neutral women’s garments, like leggings and scoop neck shirts, but recently decided to try fit-and-flare dresses. The conventional term for this is “crossdressing”.

As to why, I don’t exactly know. It’s similar to asking someone why their favorite color is blue. It’s just a preference; a personal taste unique to my genetics and experiences.

Though while we’re on the topic, sexual orientation (being straight or gay) is not really connected to gender identity (being male or female or neither). In the case of my crossdressing, expressing as more feminine doesn’t have a direct impact on who I’m attracted to.

No, I am not trans. I have no plans to completely pass as a woman, do hormone replacement therapy (HRT), or have gender reassignment surgery.

Which gender do you identify as?

Non-binary is probably the most accurate description; however, in most scenarios I think I pretty clearly present as male. I don’t find the hyper-analysis of genders to be a particularly productive conversation and won’t be offended by any assumption of my gender.

Which pronouns do you prefer?

Similarly, I’m happy with whichever pronoun you think is fitting for my presentation. He / she / they / them / sir / madam / mr / ms / mrs are all fine. It makes no difference to me, as long as you’re not trying to be a complete jerk about it.

Ultimately I’m writing this to provide people with an FAQ to help answer some of the questions I’ve been receiving in large volume recently. I’ve spent a lot of years working on camera, presenting as a straight male; I think it’s only natural for people to have a reaction to this change in presentation. I don’t mind answering questions, as long as they’re asked in good faith.

This is just a part of who I am; albeit a very visual part.

But, so far, life has been palpably better since reconciling my self-image and my presentation. I have a sense of tranquil confidence that is a power source of its own.

The answer is out there.. it’s looking for you, and it will find you; if you want it to.